PROPOSED CHANGES TO THE FRANCHISING CODE
The Government issued its response to the inquiry into the operation and effectiveness of the Franchising Code of Conduct report on 20 August 2020.
The Government examined the feasibility of a number of the recommendations made in the Report.
The Government recognised the importance of the franchising sector to the economy as a source of jobs and growth and supported the finding that action is needed to improve fairness and transparency for franchisees.
However, a number of recommendations made in the Report will not be adopted so as to avoid unnecessary red tape.
Interestingly, the Opposition introduced a Bill into the senate on 2 September 2020. The Bill focuses on introducing arbitration into the dispute resolution process but also proposes further increases to penalties for breaching the Franchising Code of Conduct.
Until the changes are made final it is hard to say whether all of the proposed reforms in the Response will be made and what this means from a practical perspective. The Government has not announced its timing for introducing its amendments to the Franchising Code. It is expected to occur later this year or early next year. The Opposition Bill may impact this timing.
GOVERNMENT RESPONSE AND KEY CHANGES
KEY DISCLOSURE INFORMATION FACT SHEET

A franchise agreement is a legally binding commitment for the term of the franchise with restrictions on exiting early.

Franchisors and franchisees must follow different steps if they believe they have grounds to unilaterally terminate the agreement. This will always depend on the circumstances.

What Can Franchisees Do to End the Franchise ...

END_OF_DOCUMENT_TOKEN_TO_BE_REPLACED

Earlier this year, following a series of negative comments in Australian media about franchising industry, the Parliamentary Joint Committee on Corporations and Financial Services completed an inquiry into the operation and effectiveness of the Franchising Code of Conduct.

As the result of the inquiry, the Committee released the “Fairness in Franchising” report.

On a broad scale, the Report recommended:

Not all the recommendations have been welcomed by the industry with noticeable controversies and stir among the insiders.

Regardless of the reactions the Report had generated, we believe significant changes to Australia’s franchise laws are coming.

Let’s look at some of the key recommendations made by the Committee:

A franchisee may terminate a franchise agreement without liability to the franchisor where:

It is a common practice among many franchisors not to disclose earning information, at least not in writing, to incoming franchisees. Instead, they prefer to use general market data or inform them verbally about the state of the business.

To stop this, the Committee recommended franchisors to provide incoming franchisees with a profit and loss statement, balance sheet, previous two years’ business activity statements and an assessment of labour costs.

END_OF_DOCUMENT_TOKEN_TO_BE_REPLACED

A breach notice is a document you should never ignore — fail to act on it and your business may be at risk.

Formal breach notices are generally issued once a franchise dispute escalates and a conciliatory resolution cannot be achieved.

However, this is not always the case because some franchisors may resort to issuing a breach notice straight away.

What is a Breach Notice?

Under the Franchising Code of Conduct (Code), a franchisor is permitted to terminate a franchise agreement if they give you a breach notice and you fail to remedy your breach in accordance with the requirements of the notice. A breach notice is the first step in the termination process and used as a formal warning that your business is non-compliant.

A breach notice must:

If you fully remedy your breach in accordance with the requirements of the breach notice, then the franchisor cannot rely on that breach to terminate your franchise agreement.

If you fail to comply with all conditions of the breach notice, the franchisor is entitled to terminate your franchise agreement.

Remember that there are certain circumstances under the Code which entitle a franchisor to immediately terminate a franchise agreement without following the breach notice process, such as fraudulent behaviour.

I'm in a Franchise Dispute and Have Received a Breach Notice: What Should I do?

Receiving a breach notice can be distressing, but don't ...

END_OF_DOCUMENT_TOKEN_TO_BE_REPLACED

Your Disclosure Documents need to be updated by:
[wpcdt-countdown id="5879"]

Forget to update your disclosure documents at your peril.

Franchisors must update their disclosure documents within 4 months of the end of their financial year. That means that most franchisors who operate on a standard financial year ending on 30 June must finalise their update by 31 October.

The annual update is an important part of running a franchise system and is mandatory under the Franchising Code of Conduct. It should never be overlooked lightly. ...

END_OF_DOCUMENT_TOKEN_TO_BE_REPLACED

If you are considering buying a franchise, the disclosure document is a key part of the process that aims to ensure prospective franchisees can make an informed business decision.

Under the Franchising Code of Conduct, all franchise systems in Australia must maintain a disclosure document, which must be provided to prospective franchisees at least 14 days before entering into a franchise agreement. ...

END_OF_DOCUMENT_TOKEN_TO_BE_REPLACED

When buying a business from an existing franchisee, there are some things you can do to minimise the risk of a dispute arising with the seller: ...

END_OF_DOCUMENT_TOKEN_TO_BE_REPLACED

Franchising is a system of doing business. As a franchisor, you have achieved a proven system for success through your brand and product consistency, and you have opted to duplicate that system by franchising.

An inherent element of franchising is that customers expect to receive identical goods and service-levels across all franchises within a franchise system. For example, an expectation that the same burger at any store in a chain will taste the same. ...

END_OF_DOCUMENT_TOKEN_TO_BE_REPLACED 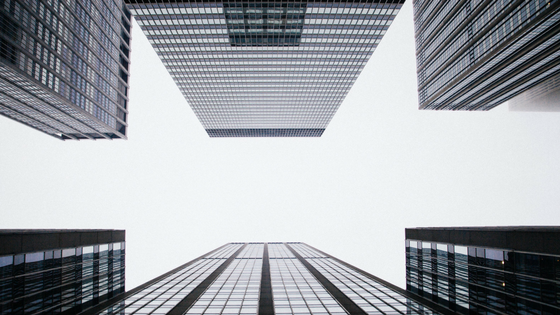 The Fair Work Amendment (Protecting Vulnerable Workers) Act 2017 (the Act) took effect on 15 September 2017. The Act was triggered in response to the highly publicised 7-Eleven employee underpayment scandal which has engulfed the franchise sector since late 2015, along with several recent systemic underpayment scandals by Domino’s Pizza and Caltex franchisees. ...